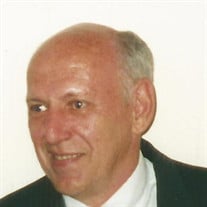 Thomas (Tom) (Mole) Lee VanderMolen passed away Tuesday September 15, 2020. He was born on 5/4/43 at St Mary’s Hospital in Grand Rapids, son of Robert VanderMolen and Dorothy VanderMolen (Finger). He graduated from Rockford High School in 1961 and joined the USMC in 1964 where he served honorably until 1968. He was stationed in Quantico VA and served in Vietnam from 1967 to 1968, for which he received the Meritorious Mast for outstanding service to his country. He was a Sgt. in the Motor Pool and section leader in the Electrical Repair Section. Tom also received the National Defense Service Medal, Vietnamese Service Medal, Republic of Vietnam Campaign Medal and M-14 Sharpshooter Badge. After discharge in 1968 he returned to Grand Rapids and opened Tom’s Service Station at Plainfield and EBL. In 1977 he closed the station and became a Millwright until he retired. In 1970 he married his wife of 50+ years, Diane E Howland of Comstock Park. They have two children, Melissa C. VanderMolen of San Mateo CA and Thomas L. VanderMolen, Jr. of Grand Rapids. Tom is survived by his wife, Diane, daughter Melissa, son Thomas, honorary daughter Donna Lee, Brothers-in-law William A Howland, Howard J Howland and Michael D Howland; Sisters-in-law Pamela J Howland, Sandra Howland, Joyce VanderMolen, best friend Larry Seeley, several nieces and nephews. He was preceded in death by his father, Robert, mother Dorothy, Brother Robert Jr, sister Carol, father in law Alfred Howland, mother in law Cecelia Howland, sister-in-law Veronica Howland and brother-in-law James VanderMeulen. He was a member of the American Legion and Veterans of Foreign Wars. He supported several charities and gave selflessly of himself to friends and strangers alike. His greatest pleasure was in helping others and made a friend of everyone he met. A Memorial Mass will be celebrated Tuesday September 22, 2020 at 11:00 am St. Alphonsus Church where his family will receive visitors one hour prior to the mass. Interment Graceland Memorial Park. If you choose, in lieu of flowers please contribute to one of these charities; Wounded Warriors or National MS Society.

The family of Thomas (Tom) (Mole) Lee VanderMolen created this Life Tributes page to make it easy to share your memories.

Send flowers to the VanderMolen family.