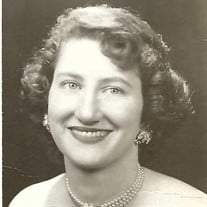 COLE Mrs. Shirley M. Cole (Smith) (Farr) age 89 of Grand Rapids passed away Tuesday June 8, 2021 and is with her heavenly Father. She was born in Lansing, MI September 24, 1931 to Rowena Partridge Farr and Herbert F. Farr who proceeded her... View Obituary & Service Information

The family of Shirley M. Cole created this Life Tributes page to make it easy to share your memories.

Send flowers to the Cole family.