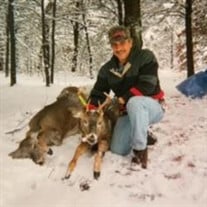 Mr. Joseph Lomonaco, age 68 of Grand Rapids, passed away peacefully surrounded by his family Thursday December 9, 2021. He was preceded in death by his parents Joe and Ann Lomonaco, his loving brother Tony Lomonaco, and his loving sister Virgie Palasek. Surviving are: his loving wife Brenda; his daughters Niki (Chet) Kemp and Brandy (Jeff Rowe); grandchildren Kloe, Lily, Wyatt and Peyton; his siblings Mary (Ken) Marklevitz, JoAnn (Charlie) Koonce; brothers-in-law Mike Palasek and Frank (Denise) Townsend; many nieces and nephews, including Brandon and Aaron Lomonaco, who will be carrying on the Lomonaco name; many friends, especially Brian Baker, Sue, Andy and Kimmy Baker, Chuck Rau, Ben Rau, Nolan Rau, Chase Rau, Ray Kuziak, Mike Schultz “Schulty”, Bobby and Frank Adams, Mark and Sharon Henry, and Mike Savarna; all of his friends and family at Jackson St. Hall and Fifth St. Hall; all of his insurance clients and anyone else who made eye contact or would listen. Joe was born January 12, 1953 in Grand Rapids and attended Sacred Heart of Jesus before graduating from West Catholic High School in 1971. He played linebacker for the West Catholic football team, and then continued to play for a few years after high school. Joe worked at Steelcase for 29 years before retiring and then became an insurance salesman, which was a fitting job for his personality. He never missed an opportunity to give out his insurance card or give advice. Joe was the real “Robinhood” of insurance, looking out for others rather than himself. He loved the outdoors, especially morel mushroom hunting and deer hunting at The Cabin. He and his buddies listed above, particularly the Rau’s and Baker’s, lived for deer camp. Joe’s love of the outdoors brought him to his recent hobby, hunting “Yooperlites”. The newest and greatest UV rock hunting light was a must-have for him. Joe was also an avid golfer, fisherman and football fan, especially the Green Bay Packers, “The Greatest Team of All Time”. His family, especially his grandkids, were “his favorite”. He was always up early to bring the grandkids out to get hot chocolate and donuts, and look for deer. The Memorial Service will be celebrated Thursday December 16 at 11:00 AM at Arsulowicz Brothers Remembrance Mortuary, 3525 Remembrance Rd. NW. The family will receive visitors Wednesday December 15 from 6:00 PM to 9:00 PM at the funeral home and Thursday one hour prior to the service. Interment Woodlawn Cemetery. In lieu of flowers, memorial donations can be made to Jackson St. Hall.

Mr. Joseph Lomonaco, age 68 of Grand Rapids, passed away peacefully surrounded by his family Thursday December 9, 2021. He was preceded in death by his parents Joe and Ann Lomonaco, his loving brother Tony Lomonaco, and his loving sister Virgie... View Obituary & Service Information

The family of Mr. Joseph Lomonaco created this Life Tributes page to make it easy to share your memories.

Send flowers to the Lomonaco family.