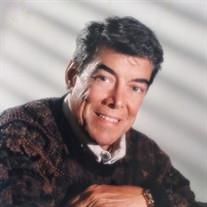 The son of Joseph James Curcio ( our Boompa) and Antoinette Ferrara ( our Nanna) was born in Detroit Michigan. He was born the baby brother of wonderful sister Theresa Ann. As a young boy, Joseph inherited his hard work ethic from his parents. He became the Altar Boy of choice at St. Michael's Church in Southfield Michigan and served many years. As an adult, he fondly remembers being called upon when others were not available. At age 10, Joseph was a Master of lawn care and a landscape expert. He began this training under the stringful direction of his Father. He also became a fond lover of beautiful cars and was an expert wrestler, climbing the 100 foot rope to the top. At age 16, he further nurtured his landscaping talents and worked for many years in a local Nursery. The Curcio Family was close knit and supportive and it was not until age 26 when he met his Lovely Wife Pamela Anne that he moved away from his childhood home. Pamela and Joseph were blessed with Michael James and Colleen Anne. The family of four lived in Southfield, Michigan and then moved to Oxford, Michigan in 1978. Joseph was extremely dedicated to his family and ensured that they always had the best that he could offer. Joseph and his family spent every Christmas with his sister, Theresa and brother-in-law Bill Schlener and parents. These are fond memories that he always cherished. They enjoyed traditional Italian Lobster dinners. The Lobster dinner tradition carries on without fail. Joseph always felt very strongly about supporting his family and worked two jobs most of his early work life career. Joseph felt strongly that his family would be a ski family - a tradition that carries on with both his Son's family and Daughter's family to this day. He also felt strongly about his kids learning to water ski. He would literally pull Michael and Colleen in the water until they learned how to waterski. The family has fond memories of that 18 foot red and white ski boat and the baby ducks that we used to rescue. Later in life, as a college graduate of Northwood University and an accomplished engineer at General Motors, Joseph travelled the world from Australia to Germany and beyond. Joseph taught Safety , Quality and Workplace Productivity around the World for GM. Joseph's work and successes were very important to him. Later in his retirement, Joseph enjoyed fishing and boating on Lake Macatawa in Holland , Michigan. He also became the proud owner of the newest addition to the family, full blooded Basset Hound , Sam. For the past four years, the two have been inseparable . Joseph is survived by his previous Lovely Wife Pamela Anne, Son Michael James Curcio, beautiful daughter - in - law D'Lynn Curcio, daughter Colleen Anne-Curcio App, son-in- law Michael Jonathan App, grandchildren Gregory Weston Garner-Curcio, Mikey Weston, Marty Weston, Michael Joseph, Maria Anne-Jacqueline, Peter Cassius , Brother- in - law Bill Schlener, niece Andrea Hoover, her husband Mark Hoover and their beautiful children Nicholas and Elizabeth, brother - in - law Bill Rathbun, his Lovely wife Maggie, Brother - in - law Dr. John Rathbun and his Lovely wife Lil, brother - in - law Paul and his lovely wife Paulette . He is preceded in death by his Sister Theresa Schlener and his sister - in law Ruth Rathbun- Silvester. He dearly loved his six grandchildren and wishes always that he could have been more part of his Son's children's lives which were separated by distance. In August 2020 Joseph moved into the App's home and was continually surrounded by the busy excitement and peace and love until his moment came when the Angels from Heaven came to pick him up and take him peacefully Home to Heaven. His family honors his Life and will forever be grateful for the determined and diligent way that he approached life. This lesson of grit will be everlasting for generations to come.

The son of Joseph James Curcio ( our Boompa) and Antoinette Ferrara ( our Nanna) was born in Detroit Michigan. He was born the baby brother of wonderful sister Theresa Ann. As a young boy, Joseph inherited his hard work ethic from his parents.... View Obituary & Service Information

The family of Joseph James Curcio created this Life Tributes page to make it easy to share your memories.

The son of Joseph James Curcio ( our Boompa) and Antoinette Ferrara...

Send flowers to the Curcio family.