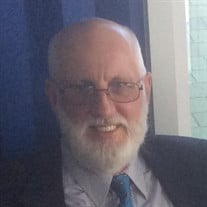 Mr. James (Jim) R. Hadley, age 69, of Grand Rapids, MI, passed away unexpectedly in the early morning hours of July 12th, 2021. Jim’s favorite place to be was out in the woods with nature. He used to remark how he could sort out things in his head with the peace and quiet of the woods. Jim had the gift of gab and had the ability to talk to anyone about anything. He often held strong opinions and enjoyed a good debate every now and then. He valued his friendships. Although his loss is heartfelt, he leaves us with a bit of his spirit. Jim proudly served in the United States Navy during the Vietnam Conflict, and was a Radio Operator 2nd class aboard the U.S.S. Eldorado (LCC-11) and the U.S.S. Point Defiance (LSD-31). He graduated from West Catholic High School in 1970. Jim attended GRJC and started his working career at a local title insurance company. After a degree in Business Administration from Grand Valley, he started his own construction company. He worked hard for many years until the housing bust. He then worked for an armored car company as a guard/driver before getting his final job at the U.S. Post Office where he also served as a union steward. Jim had planned to retire this fall. He was preceded in death by his parents Beverly (2001) and Gerald Hadley (2007). Jim will be lovingly remembered by his family. He is survived by his brother, John Hadley (Connie Averill) of Lowell, MI, sisters Alice Hadley (David Richardson) of Williamstown, MA, Michelle (Scott) Chatman of Fort Lauderdale, FL, and Julie Hadley of Kentwood, MI. He is also survived by an uncle Robert Allinson (Pam Piers) of Stanton, MI. Also fondly remembering and missing their uncle Jim are his nieces and nephews Melinda, Rebecca, Justin, Heather, Stephanie, Nicholas, Sarah, Christina, Amelia, and Wesley, as well as great nieces and nephews. He will be missed by his many friends from the annual football gathering and his hunting buddies Mike, Ray, Sid, and Vinny. Jim is survived by his lifelong partner and soulmate, Mary Bueche, of Grand Rapids, MI, and her children, daughter Bridgett (Johnnie) Hamstra of Grandville, MI, and son Branden “Bud” (Kim) Bueche of Kentwood, MI. He was glad to have Mary’s family in his life. He was there for all of her family, celebrating all their milestones. He loved each of them in his own way. To Mary’s grandchildren, Jack, Logan, Gabriella Hamstra, and Brooklynn and Blane Bueche, Jim was affectionately known as “Papa Jim.” He will be missed by Mary’s Scottish family, sisters-in-law Ellen (Barry) Miller of Norton Shores, MI, Jane Buchta, Jinty Stewart, and Jim’s little buddy, John Buchta, Jr., from Glasgow, Scotland, who affectionately called Jim “Finley.” Cremation has taken place, per his wishes. A celebration of Jim’s life will take place on Friday, August 20th, 2021 at the Arsulowicz Funeral Home at 3525 Remembrance N.W., Walker, MI 49534. The families will greet friends and relatives from noon to 1:00 pm, followed by a prayer service and military honors. In lieu of flowers, memorial contributions may be made to Special Olympics.

Mr. James (Jim) R. Hadley, age 69, of Grand Rapids, MI, passed away unexpectedly in the early morning hours of July 12th, 2021. Jim&#8217;s favorite place to be was out in the woods with nature. He used to remark how he could sort out things... View Obituary & Service Information

The family of Mr. James (Jim) R. Hadley created this Life Tributes page to make it easy to share your memories.

Send flowers to the Hadley family.