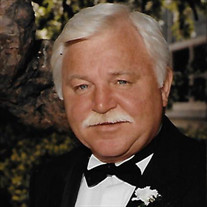 Mr. Gerald Walter Zawistowski Age 85 Passed Away:10-24-2020 . He was preceded in death by His first wife Marilyn and son Marion; parents, Walter and Bernice Zawistowski; sisters, Cecilia Klekotka, Ann Klekotka, Regina Cherry, Anastasia "Nettie" Kuzawa, Rita Hager and his brother, Alex Zawistowski. He is survived by his loving wife Marcia; his five children, Denise Kanoza, Jerry (Lana) Zawistowski, Thomas Zawistowski, Todd (Tran)Zawistowski, and Russell (Sally) Zawistowski; his sisters, Rose Marie Martin, Patricia Levandoski, Phyllis (Ray) Palazzolo and Elizabeth Galandt; brother, Bernard (Norma Lee) Zawistowski; He will be missed by his 9 grandchildren; Ryan Levandoski, Jeremy Levandoski, Andrew and Aaron Kanoza, Nicholas, Tara and Rachel Zawistowski, and Benjamin and Simon Zawistowski; his four great grandchildren, IzaaK Levandoski, Dylan, Liam and Lucas Levandoski. Jerry was from a large Polish family and had many more nieces, nephews and cousins. Jerry had an auspicious beginning and was delivered in a bean field by his sister Cecilia in Elmira, Michigan in 1935. Growing up with 11 brothers and sisters was the foundation for his lifelong work ethic and the need to be involved in helping others. The family moved to Grand Rapids in 1940. Jerry was a lifelong “Westsider”. He attended St. Mary’s and graduated from Union High School (We still never received the full details on his short stint at Catholic Central). As most depression era families, Jerry and the family held many jobs to put food the table; he stoked furnaces before school and painted and plastered walls after school. He raised 5 children with his beautiful wife, Marilyn and they attended St, Anthony’s Church. Jerry loved being in charge and ran many fundraisers for the St Anthony’s booster club as well as the Knights of Columbus. One of his proudest moments was to help pay off the mortgage at the Knights of Columbus with his fundraising efforts. He always looked forward to making golumbki for the Pulaski Days with his brother Ben. He worked at the Grand Rapids Press in the plate room as a stereotyper, union steward and advertising salesman for 36 years. Jerry was an entrepreneur of sorts; remodeled rental apartments with my Uncle Bud, owned two Taverns, JZ Hair Salon, and Z Bus Tourz (Tiger and Redwing Games). Jerry loved sports. He was a Golden Glove boxer and played fastpitch softball. He coached state championship fast pitch softball teams, Rocket football (Richmond Crickets) and Parochial league baseball and football for Saint Anthony’s. An ideal afternoon was listening to a Tiger ball game or watching the Red Wings. He found the second love of his life, Marcia in 1983 after the passing of his first wife Marilyn. They enjoyed traveling on cruises, watching their grandchildren grow up, working together for Pulaski Day’s, going to the Casino and sharing a beer on Wing night at the Pub. Jerry loved being around family and friends. He cherished his sleep time. He loved making meals on Holidays for his family. Being in charge was part of his wonderful nature and unmistakable personality, either being Coach Z or Jerry Z with his snow white mustache and big blue eyes, he will be missed by many. A Mass of Christian Burial will be conducted Friday 11:00 am at St. Anthony of Padua Church where he will repose one hour prior to Mass. The family will receive visitors Thursday 6-8 pm at the Arsulowicz Brothers Remembrance Chapel, 3525 Remembrance Rd NW.

The family of Mr. Gerald Walter Zawistowski created this Life Tributes page to make it easy to share your memories.

Send flowers to the Zawist family.