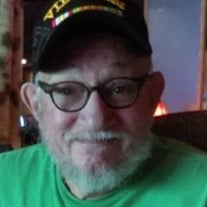 Edward Louis Bitson JR aged 69 went to be with his lord on Thursday November 4th, 2021. He was a Navy Veteran who served in Vietnam. He was a loyal Yankee and Nascar fan and a very loving family man. Ed is leaving behind his wife of 44 years... View Obituary & Service Information

The family of Edward Louis Bitson Jr. created this Life Tributes page to make it easy to share your memories.

Edward Louis Bitson JR aged 69 went to be with his lord on Thursday...

Send flowers to the Bitson family.