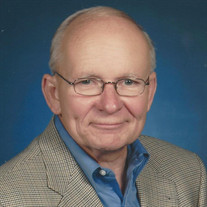 David Joseph Lang of Grand Rapids, Michigan passed away on June 10, 2020 at the age of 79. David was preceded in death by his parents, Wayne V. (Sr.) and Margaret Lang. He is survived by his beloved wife of nearly 61 years, Janice Marie Lang. He is also survived by his three children: John Lang; Joseph Lang; and Michelle McLean (Shawn); and by his two grandchildren: Michael David and Maria Michelle McLean. He is also survived by his siblings: Wayne V. Lang, Jr. and Catherine Milanowski (Paul), as well as many beloved nieces and nephews. David spent his life dedicated to the service of his family and the community. David served his country and was a proud United States Marine. He later served the Corps in the capacity of Commandant of the Fred Cochran Detachment of the United States Marine Corps League, where he was awarded Marine of the Year in 2017. You could find him on Memorial Day and the 4th of July, selling flags outside of Family Fare or Forest Hills Foods to raise money for Corp scholarships, financial assistance, and to meet the needs of Marine families. He served the greater community through his tenure on the Board of Social Services from 1975-1984, where he was both the Chairman and a member. He was a self-employed, insurance salesman, and he truly enjoyed his role in serving his clients. He also enjoyed serving his fellow agents as the former President of the Independent Insurance Agents of Kent County. David was a devoted Catholic who was a member of Holy Spirit Catholic Church. He spent several years serving on the Pastoral Council at Holy Spirit Parish, as the social commissioner and as a Eucharistic minister. Above everything else, however, David was devoted to his family. He loved spending time with his grandchildren. He truly enjoyed coaching his grandson’s elementary football team, where he earned the moniker “Coach Grandpa.” He treasured his granddaughter and thoroughly supported her and her love of horses. David was an avid dog-lover, and adored his beloved dogs, Sugar, Rosie, Abbie-Rose, Charlie, and Sammy. He was elated to find that his little dogs were in Heaven, where he is now surrounded by the family and friends who went before him. He is greatly loved and will be deeply missed. A mass of Christian burial will be held at Holy Spirit Catholic Church, on Wednesday, June 17, 2020 at 11:30 a.m. He will lie in state at 10:30am, prior to the mass. His family will receive visitors on Tuesday, June 16, 2020 from 5:00pm to 8:00pm at Arsulowicz Brothers Remembrance Mortuary, 3525 Remembrance Rd. NW, where a Vigil Service and rosary will be held at 7:30pm. A celebration of his life will be held at a later date due to COVID-19 restrictions. In lieu of flowers, in memoriam donations can be made to Harbor House Ministries in David’s name.

David Joseph Lang of Grand Rapids, Michigan passed away on June 10, 2020 at the age of 79. David was preceded in death by his parents, Wayne V. (Sr.) and Margaret Lang. He is survived by his beloved wife of nearly 61 years, Janice Marie Lang.... View Obituary & Service Information

The family of David Joseph Lang created this Life Tributes page to make it easy to share your memories.

Send flowers to the Lang family.