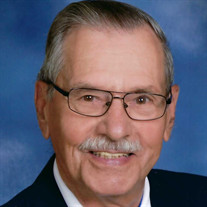 Alfonso (Al) Kwiatkowski, deeply loved husband, father, grandfather and great grandfather, aged 88, passed away surrounded by his family on Monday, October 5, 2020. Affectionately known as the World’s Greatest Dzia Dzia, Al was a fixture at the numerous school, sporting and life events of his 18 grandchildren. Whether cheering fiercely from the sidelines or beaming with pride from the fourth row, Al always kept his focus on family. He raised six amazing, successful children with the love of his life Janet (Jolin) Kwiatkowski. Al and Janet led their family through the loss of their fourth child, daughter Brenda, at the tender age of seven, driving an even stronger focus on the miracle and importance of FAMILY. Al and Janet’s love story was special and even further strengthened as they lived their well-earned retirement years together in Grand Rapids, Michigan and Bradenton, Florida. Janet was his partner in absolutely everything, and Al cared for her patiently, faithfully and lovingly before she left this earth far too soon at the age of 71 and after 42 years of marriage. Despite the devastating personal losses, Al never lost his sense of humor and he was quick with a comment or a comeback that always seemed perfectly timed. “Young at heart” defined him, even in his last few years. Despite battling prostate cancer on three separate occasions during the last two decades, Al rarely slowed down as he went camping nearly every weekend in the summers and could often be seen having a game of catch outside with one of his grandsons or granddaughters – proving that he “still had it” after all those early competitive years playing ball. He was passionate – whether it was his passion for bowling, fishing, or his deep faith, Al passed down the absolute best of himself to his children, grandchildren and great-grandchildren. He served his country proudly during his time in the U.S. Army and spent the bulk of his professional career still serving the red, white and blue as a mail carrier for the U.S. Postal Service. The youngest of 10 kids, Al is preceded in death by his parents, seven brothers and two sisters. He is also predeceased by his beloved Janet and daughter, Brenda. Al is survived by five of his children, Paula (Montie) Annis of Allendale, Mary (Joe) Suing of Grand Rapids, Greg (Christi) Kwiatkowski of Grand Rapids, Matt (Lesli) Kwiatkowski of Hudsonville, Jeff (Amanda) Kwiatkowski of Grand Rapids; 18 grandchildren, Erin Kwiatkowski, Tom Annis, Brett (Elizabeth) Suing, Zak (Jordyn) Kwiatkowski, Sara (Greg) Chernoby, Mitchell (Sara) Suing, Stephen (Miranda Kirsch) Annis, Tyler Suing, David Annis, Riley Kwiatkowski, Alaina Kwiatkowski, Parker Kwiatkowski, Olivia Kwiatkowski, Noah Kwiatkowski, Evelyn Kwiatkowski, Jacob Kwiatkowski, Elijah Kwiatkowski, and Josiah Kwiatkowski; and eight great-grandchildren. Al also was blessed to share some of the latter part of his life with Theresa Zechmeister, his wife of nearly 10 years, who he selflessly and lovingly cared for in the last years of her life before her passing in 2015. Al was blessed to be embraced by Theresa’s family, which includes five stepchildren, Dennis (Beth Mills) Zechmeister of Weidman, Linda (Ron) Dressler of Saginaw, Karl Zechmeister (deceased), Diane (John) Vondette of Saginaw, and Karen (Brian) Taylor of Saginaw; nine step-grandchildren; and eight great step-grandchildren. Importantly, Al spent his last few years making a new circle of friends at Heron Woods in the senior living apartments – in particular Kim, David, Rachel and the fourth floor crew of Roger and Camille Pfaneuf, Phyllis Van Andel, Pat Hansen, Elsie Yob, Anne Rector, Imy Houran, Bruce Bonnell and Volga Morren. Being named the last “King of Mardi Gras” is a true testament to Al’s impact on this loving community. Recognizing the unique times we are in, Al’s family has already celebrated him with a Mass of Christian Burial, which occurred on Friday, October 9, 2020 at St. Isidore’s Catholic Church in Grand Rapids, Michigan. Honoring Al’s wishes, cremation is to follow before final interment in Saginaw, Michigan with Janet and Brenda. Those planning on an expression of sympathy may wish to consider memorials to Kids’ Food Basket at kidsfoodbasket.org or Faith Hospice at faithhospicecare.org.

The family of Alfonso (Al) Kwiatkowski created this Life Tributes page to make it easy to share your memories.

Send flowers to the Kwiatkowski family.